A History of Service

We have been serving the El Cerrito Community for more than 80 years. The residents of El Cerrito can take pride in the fact that they are participating in a premier and cutting-edge waste management system and that East Bay Sanitary is working very hard to manage our resources and preserve our environment in the best ways possible. In 1905 East Bay Sanitary’s founder, Victor (Vic) Figone was born in Emeryville California. In the early 1900’s there were many Italian immigrants collecting garbage in the Bay Area including Vic’s father and several of his brothers. In around 1915, in order to settle territorial disagreements, Vic’s father Francesco, along with several other Italian immigrants formed a co-op which eventually became Oakland Scavenger Company. Using horse drawn wagons, they picked up garbage in Oakland, Piedmont, Emeryville, Berkeley, Kensington, and El Cerrito.

Vic grew up in Emeryville and in 1933, at the end of prohibition, he opened a bar and restaurant in El Cerrito called the “Six Bells” at Central and San Pablo Avenue where Burger King sits today. In 1939 when the shipyards opened in Richmond, their workers were paid $11.00 per day. At the same time garbage men were being paid between $5.00 and $6.00 per day. As a result many of the garbage men changed professions. Oakland Scavenger Company could not find enough employees to hire and garbage service suffered. During this time the cities of Berkeley and El Cerrito each assumed control of garbage collection within their respective boundaries. Then in 1942 Vic Figone and his partner Bill Compiano were successful in acquiring the first franchise for garbage collection in El Cerrito. They called their new company East Bay Sanitary.
1952-2005
Leadership Changes
In 1952 Bill sold his interest in East Bay Sanitary to Vic. Then in 1962 Vic’s son Clyde started working at East Bay Sanitary eventually taking over as President and General Manager in 1972. He remained East Bay Sanitary’s President until his retirement in 2005. The original location of the business was on the south east corner of Central Avenue and Santa Clara Street. The Company’s facilities moved to Richmond in early 1966. Our administrative offices were moved back to El Cerrito at 1432 Kearney Street in 1990. From 1933 until his death in 1979, Vic was very active in local community organizations such as the El Cerrito Boys Club, the March of Dimes and the Cerrito City Club, and worked continuously donating a great deal of time and money to many local causes.
2005-Present
East Bay Sanitary Today

Today, East Bay Sanitary is run by Vic’s grandchildren Mark and Cara, both of whom grew up working for the Company. As fourth generation “garbagemen” we are proud to continue Vic’s legacy by providing excellent service and supporting our community any way we can. We have seen many changes in the waste disposal industry over the years and have worked closely with the City of El Cerrito as waste management has evolved from “garbage” collection and disposal to a very sophisticated system that now includes separate yard and food waste collection as well as the City operated co-mingled recycling collection program. All of these services take advantage of the latest collection technology. The residents of El Cerrito can take pride in the fact that they are participating in a premier and cutting edge waste management system and that East Bay Sanitary is working very hard to manage our resources and preserve our environment in the best ways possible. 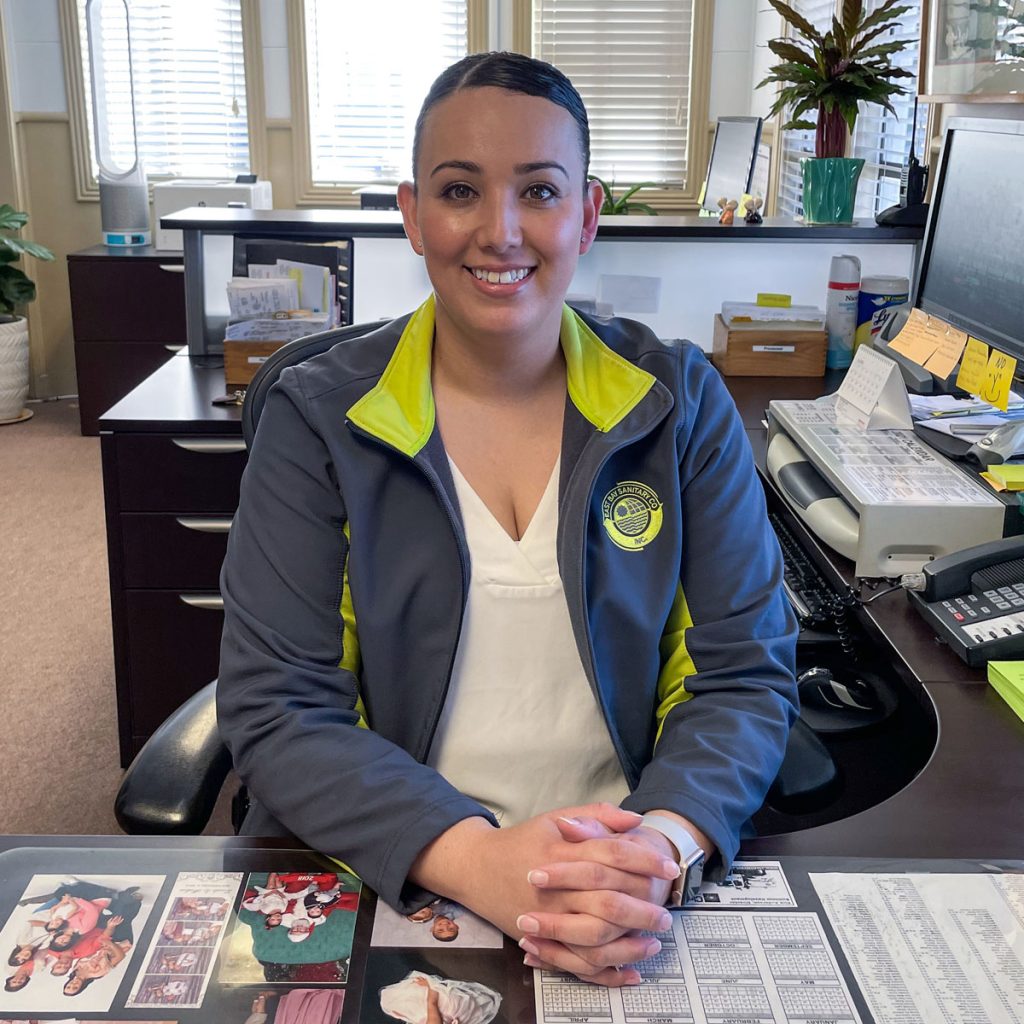 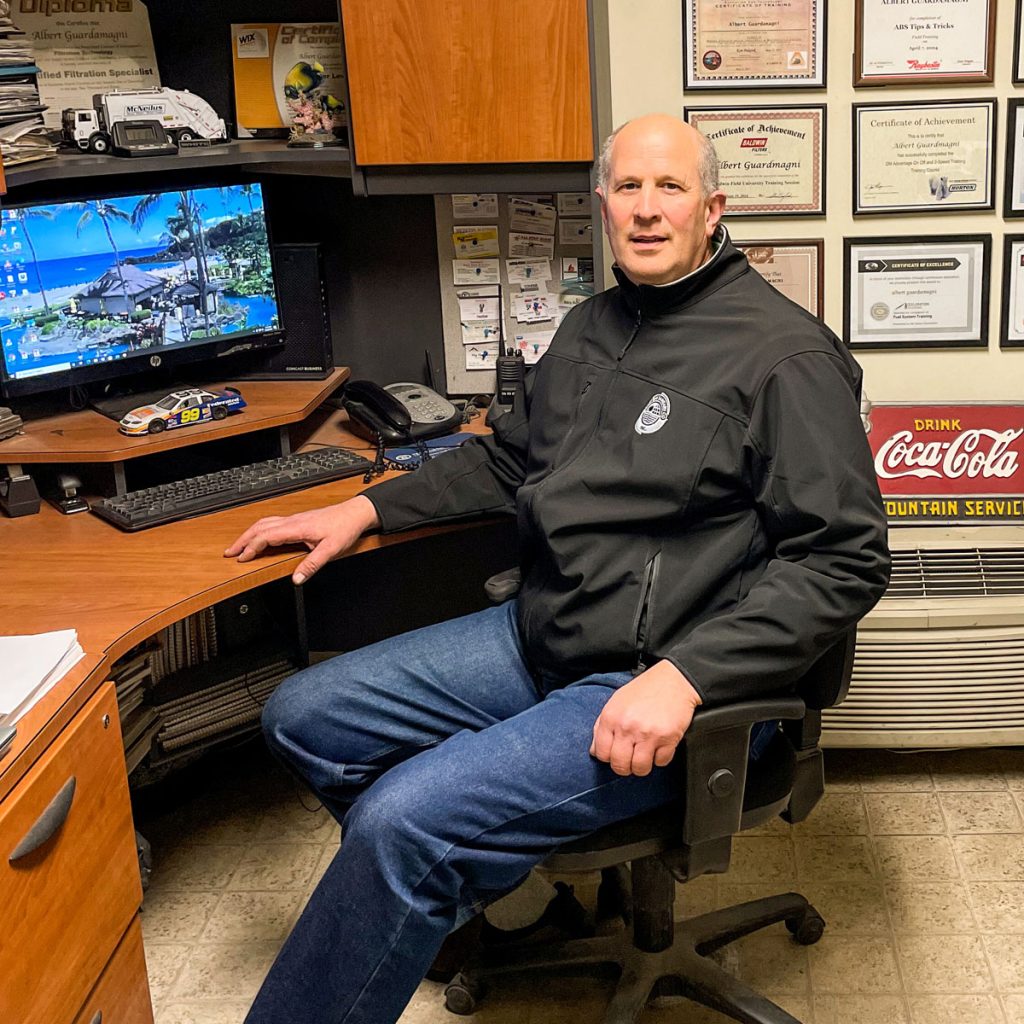 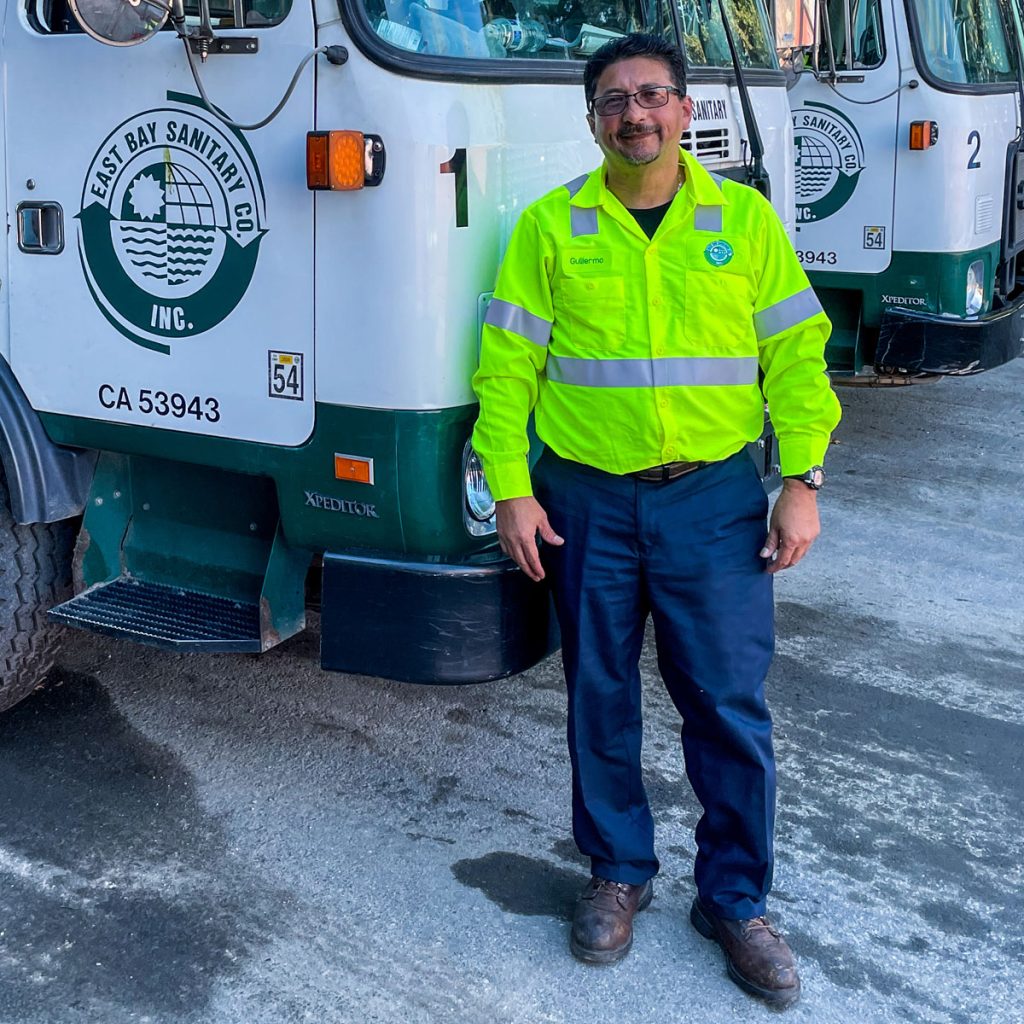 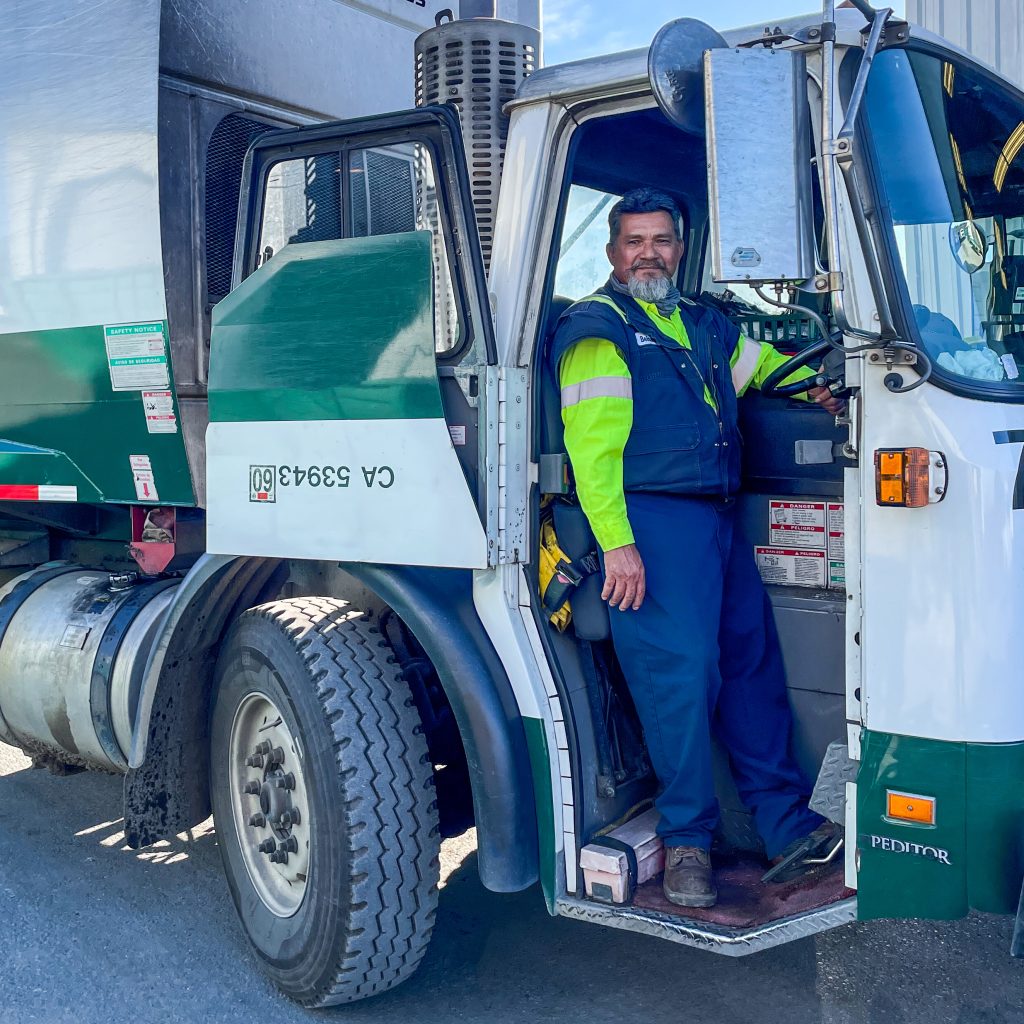 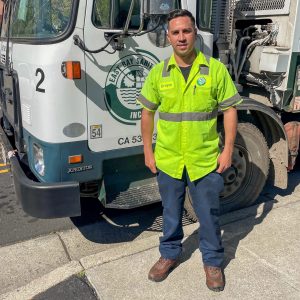 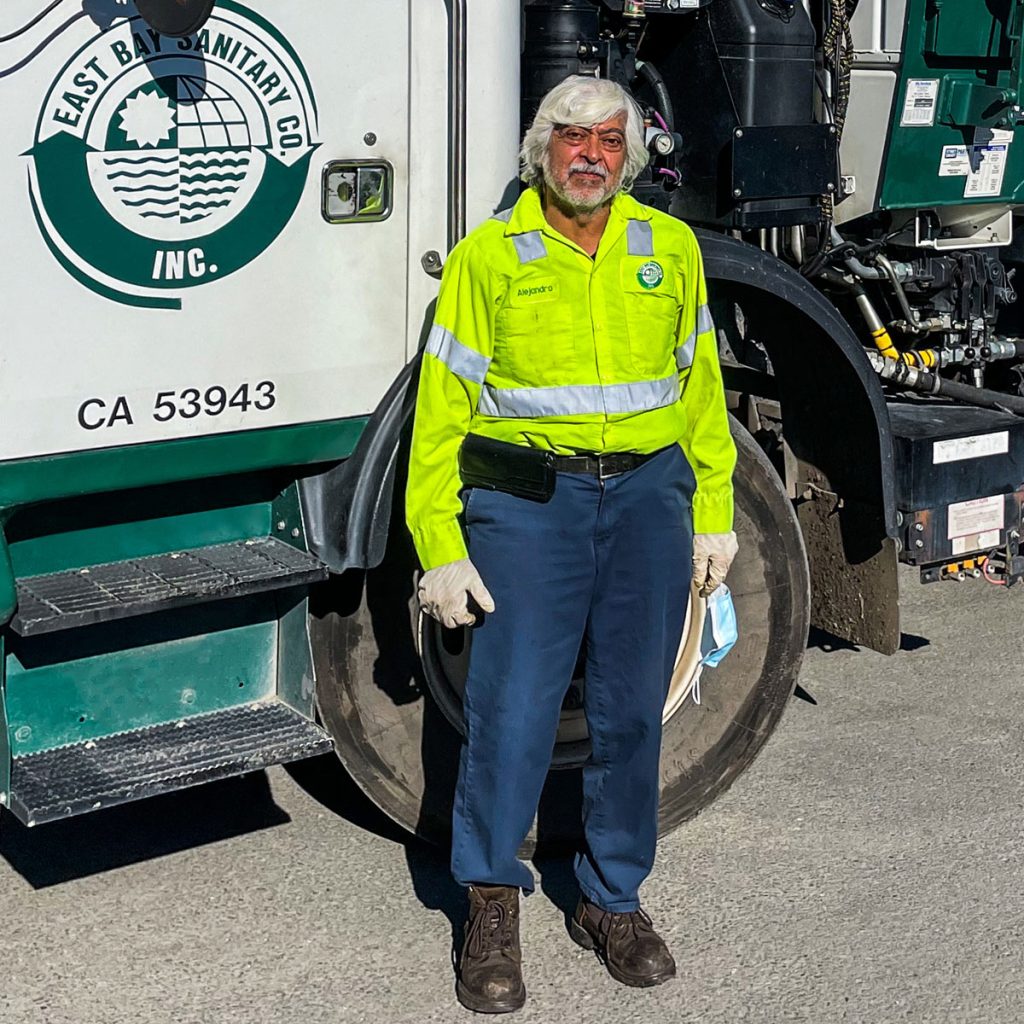 Serving El Cerrito Since 1978
Retired after 43 years of service!

We have been serving the El Cerrito Community for 80 years. The residents of El Cerrito can take pride in the fact that they are participating in a premier and cutting-edge waste management system and that East Bay Sanitary is working very hard to manage our resources and preserve our environment in the best ways possible.
Contact us

You can find out more about which cookies we are using or switch them off in settings.

This website uses cookies so that we can provide you with the best user experience possible. Cookie information is stored in your browser and performs functions such as recognising you when you return to our website and helping our team to understand which sections of the website you find most interesting and useful.

Strictly Necessary Cookie should be enabled at all times so that we can save your preferences for cookie settings.

If you disable this cookie, we will not be able to save your preferences. This means that every time you visit this website you will need to enable or disable cookies again.